Junge was born in Wilhelmshaven in 1973. After graduating from high school, he studied music and art at the Carl von Ossietzky University in Oldenburg for teaching roles in grammar schools and also studied conducting with Jörg Straube at the Musikhochschule in Würzburg. For several years he accompanied the Landesjugendchor Niedersachsen as a vocal coach

Ü many years he worked as a senior teacher at the Neue Gymnasium in Wilhelmshaven. In addition, on behalf of the New Apostolic Church, he developed the requirements and framework conditions for a professional church music department, of which he has been director since the beginning of 2017. For this activity he gave up his work at the school and works full time for the church. The church music department he heads looks after part-time church musicians throughout northern and eastern Germany as well as in Scandinavia, the UK, Poland, Estonia and Greenland.

addition to his own artistic and teaching activities, he works together with the staff of the Church Music Department to create exemplary organisational conditions and structures for part-time church musicians in this field of work. He is particularly interested in personal closeness and cooperation with musicians from a wide range of musical groups.

Gerrit Junge, is married and has four children between the ages of 10 and 14 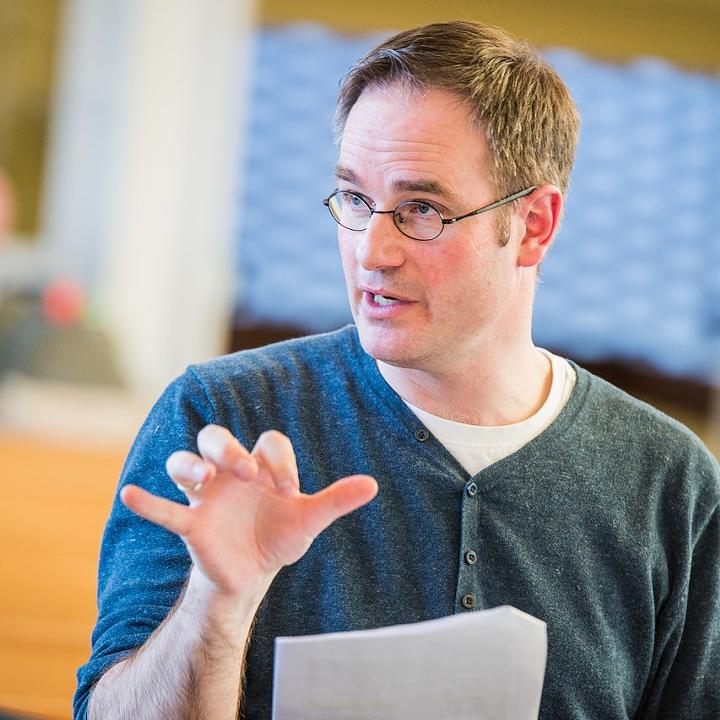 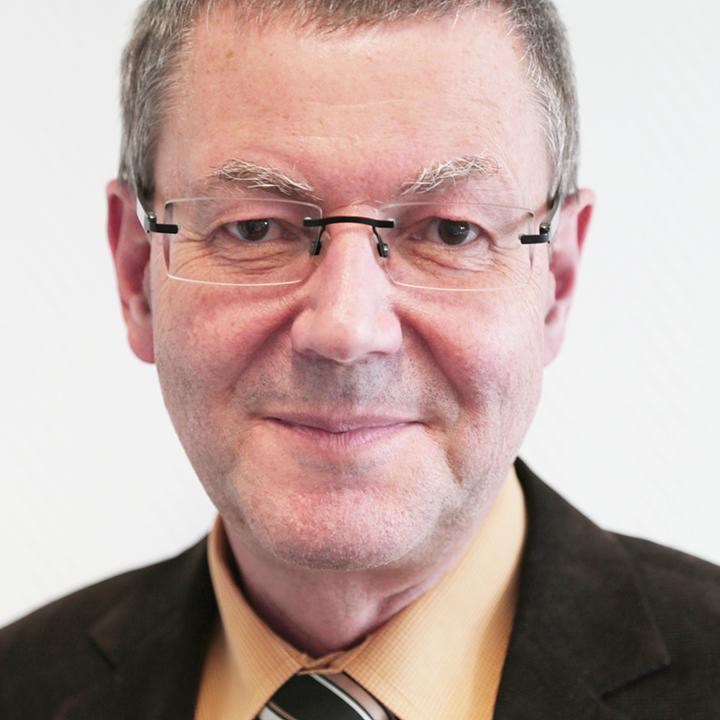 Gerisch was born in Plauen in 1958. He studied violin and music theory at the Hochschule für Musik "Franz Liszt" in Weimar and conducting with Prof. Volker Rhode at the Musikhochschule in Leipzig. After about 20 years as a violinist at the Vogtland-Theater Plauen, he has since 1999 been working for the administration of the New Apostolic Church Saxony/Thuringia, today Northern and Eastern Germany

took over the central choir and orchestra of the District Church of Saxony/Thuringia in 1993 and continues to lead the ensembles today. Since 1997 he has worked in various project and working groups of the New Apostolic Church International

Oster takes on the honorary task of choir manager. He is the main contact person for organisational questions and coordinates the organizers within the District. 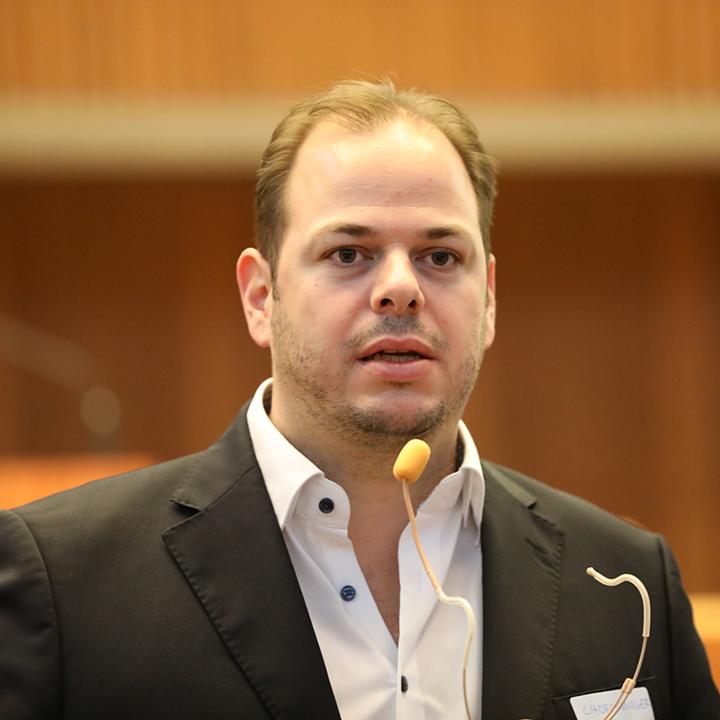 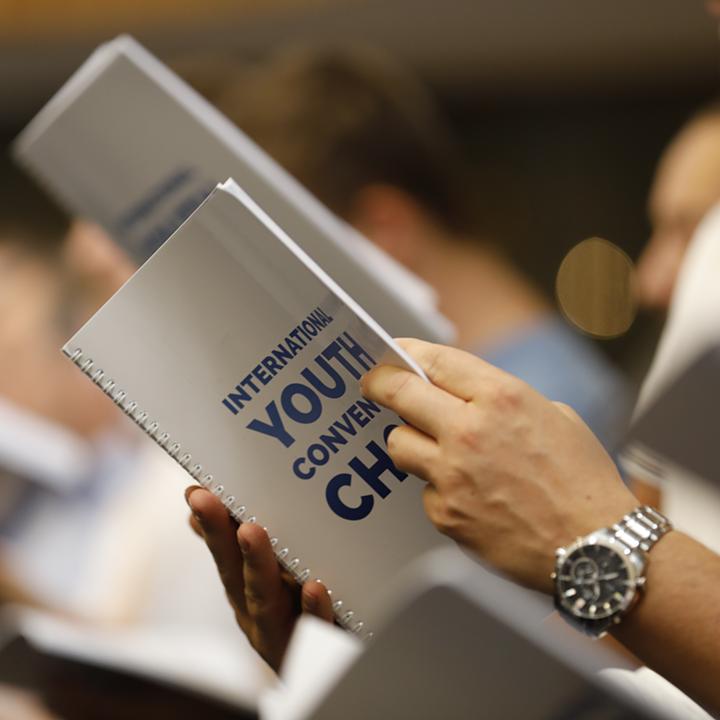 choirmasters are active in each of the participating District Churches, in which the musical programme is being rehearsed for the divine service and the pop oratorio "I AM" 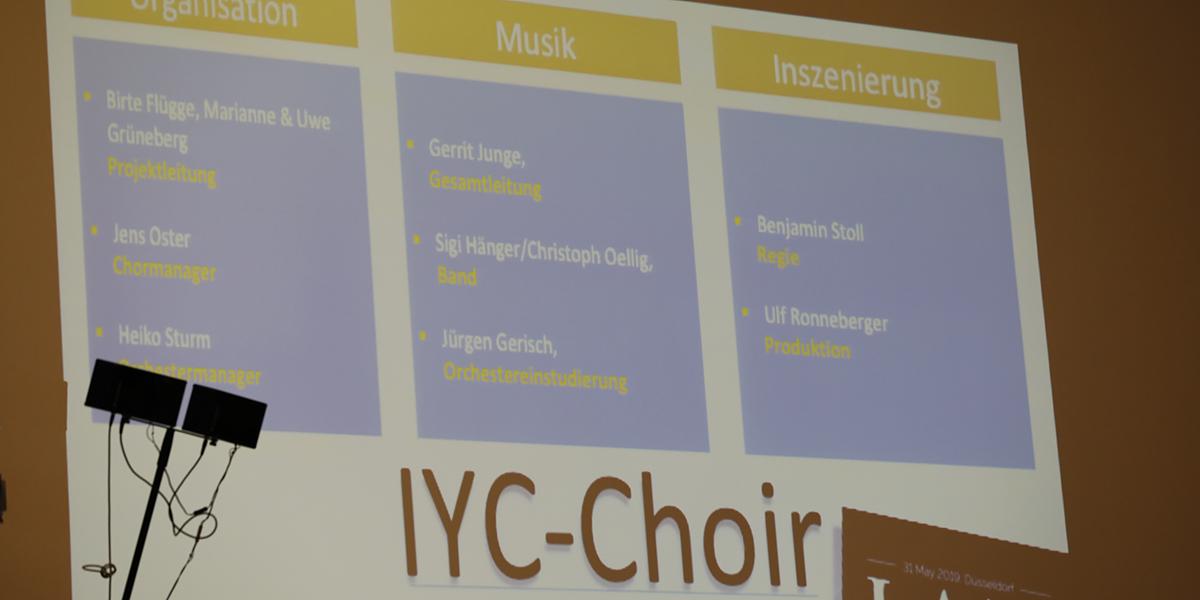